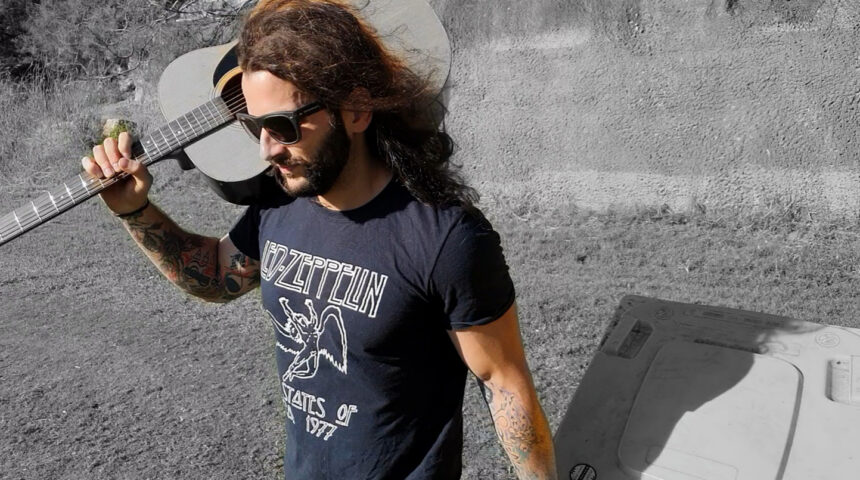 Jay Parrino is a guitarist/singer from Sydney, Australia. Jay is an official endorsee of “Musicman” & “Takamine” guitars, “Ernie Ball” strings and BOSS pedals. Jay first came to public attention in 2009 as a finalist on ‘Australia’s Got Talent’. His unique version of the Men at Work classic “Down Under” quickly reached 6 million hits on youtube, making it the #1 most viewed cover of the iconic Aussie anthem, it was even praised by Colin Hay himself. Jay’s cover of “Run to Paradise” attracted the attention of Choirboys lead singer Mark Gable who invited Jay to join the band as their guitarist on tour. Jay also joined the Choirboys on stage for their recent AC/DC tribute tour, playing guitar and even singing lead vocals for a song. Jay’s guitar playing lead to demonstrating pedals for “BOSS” who invited him to perform at AMAC in Queensland in 2014 and The Melbourne Guitar show in 2016 and 2017 where he stood alongside fusion icon Alex Hutchings in the BOSS booth.

In 2018 Jay was invited to perform at the “Headstock Guitar Festival” where he performed with guitar legends such as Phil Emmanuel, Brett Garsed, Peter Northcote, Bob Spencer and Dave Leslie. Jay has also performed alongside members of Pantera, Mudvayne, The Screaming Jets, The Cat Empire and has appeared on “The Morning Show” and “The Voice”. In 2018 Jay was a judge on Channel 7’s hit singing show “All together now” and had the opportunity to head into the studio and record the opening song with pop superstar Ronan Keating. Jay is currently touring around Australia to sold out crowds as a part of “Guitars gently weep” a tribute to Eric Clapton & Paul McCartney and “Listen to the movies” where he performs the music of legendary film soundtracks.