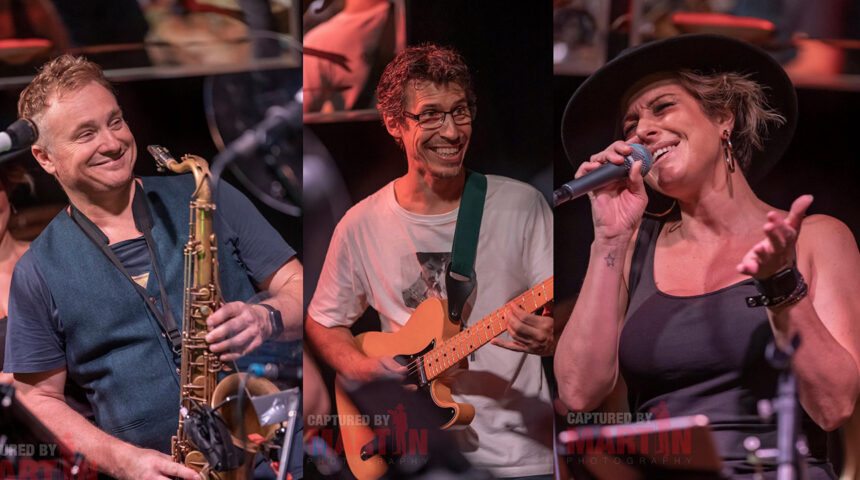 David Weir, Carmel Mesiti, David Longo have performed together for well over 15 years. Stalwarts of the Sydney music scene, they have all backed the best of the best in the Australian music scene, such as: Jess Mauboy, Vanessa Amorosi, Dami Im, Renee Geyer, Doug Parkinson, Doug Williams, Marcia Hines, Christine Anu, David Campbell, Courtney Act, and international artists such as Jake Shears (Scissor Sisters) as well as fronting their own projects!

They are looking forward to hitting some of the 80’s favourites in their jazzy grooved up versions of well known classics by artists such as Madonna and Cyndi Lauper. It will be a blast from the 80’s past!